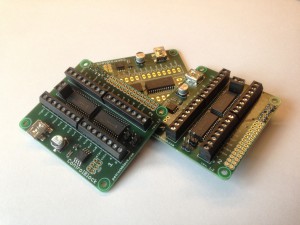 First: What is a simple solution for turning the Raspberry Pi on and off with a power switch in a smarter way than cutting the power supply and risk data loss?

Second: What is a simple way for connecting arbitrary arcade controllers to the RPi? In the following we present the ControlBlock, a Raspberry Pi (TM) Add-On that solves both problems. 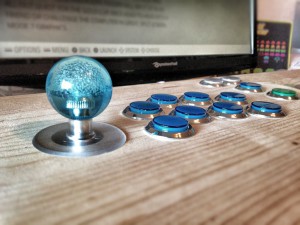 There exist individual solutions for both use cases: You can get power switch solutions for the Raspberry Pi as well as input accessories that can be connected to the RPi via USB. However, I wanted to have a more compact and neatly integrated solution – something that provides a whole bunch of general purpose input and output pins together with a reliable and intuitive power switch solution.

The ControlBlock is an add-on board for the Raspberry Pi (version 1, 2, and 3) models A+ and B+. It provides a microcontroller-based power-switch functionality as well as two General Purpose Input/Output (GPIO) Expanders with overall 32 pins so that you are able to connect quite anything you like to it. 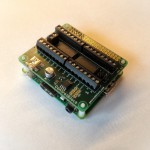 ControlBlock attached to a Raspberry Pi model A+ (Front View) 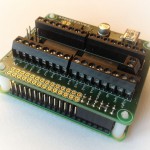 ControlBlock attached to a Raspberry Pi model A+ (Back View) 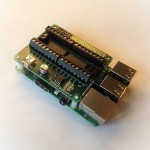 ControlBlock attached to a Raspberry Pi model B+ (Front View) 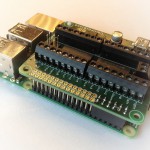 ControlBlock attached to a Raspberry Pi model B+ (Back View) 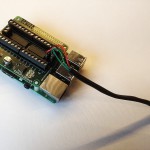 ControlBlock with attached toggle switch that has an integrated status LED

Besides the hardware itself, a driver software is presented here, that allows for an easy installation and configuration of the ControlBlock functionalities, especially the connection of game controllers. Currently, the driver supports these game pad types:

The sources of the driver are publicly available at Github and can be further enhanced to support additional controllers in the future.

In the following, details are given for the individual features that are mentioned above. Functionalities, dimensions, and hardware interfaces are described first. Then, the assembly is described in more details. After that, the configuration and a demonstration video is presented. A conclusion is given at the end of this article.

The ControlBlock provides two main functionalities that can be used independently from each other:

Here is a top-view of the ControlBlock PCB: 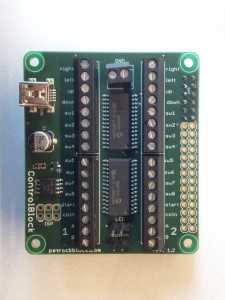 The hardware interfaces of the ControlBlock are described in the following:

These parts are shown in the following image: 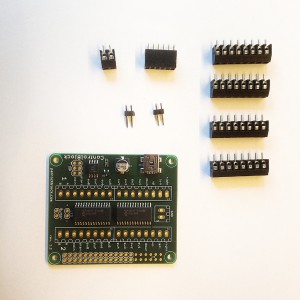 The assembly of the THT components is done in a few steps, which are described in detail in the following: 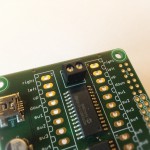 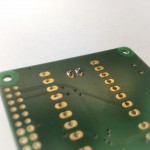 2. Solder the two 2-pin male headers for the button and the status LED. Note that you might to adapt this step according to the button and/or the LED that you want to use with the ControlBlock. 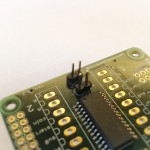 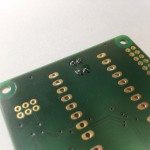 3. Solder the 2×6 female pin header on the bottom side of the ControlBlock (i.e., the side without the white marking print) 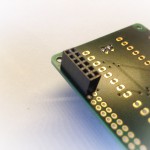 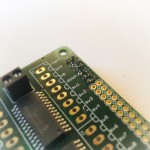 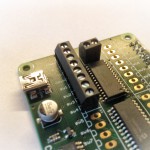 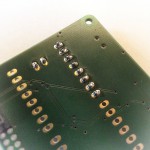 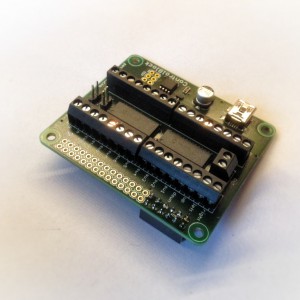 The ControlBlock has pin outs for an optional status LED that indicates the power state of the Raspberry Pi. You can directly attach an LED to the pins that are marked with “LED”. You need to pay attention to the polarity of the LED: The LED pins are marked with “+” and “-” for that.

The LED will blink in four different patterns that depend on the power state of the Raspberry Pi:

The cables from the arcade buttons, joysticks, as well as from the (S)NES gamepads are connected to the ControlBlock via the screw terminal blocks. You need a slotted screwdriver with a maximum width of 2.5 mm for that. Detailed instructions for the individual controller types are given further below.

The GPIO ports of the ControlBlock can be accessed via the I2C interface of the Raspberry Pi. The addresses of the two GPIO expanders are 0x20 and 0x27.

The power switch functionality of the ControlBlock is controlled with the GPIO pins 17 and 18 of the Raspberry Pi:

The ControlBlockService is an open-source driver for the ControlBlock. It provides a service for interacting with the power button signals as well as for mapping attached game controllers to corresponding game pad devices on the Raspberry Pi. The installation only takes a few steps and can either be done completely from command line or half-automatically with the help of the RetroPie-Setup Script. In the following, these two methods are described in more detail.

The command-line installation consists of these steps:

Here is a step-by-step guide:

This video demonstrates the above steps:

Using Arcade Controllers with the ControlBlock

The ControlBlock comes with silkscreen indicators that describe a default pin out for arcade controllers: You can connect two joysticks and 12 buttons for each of the two players: 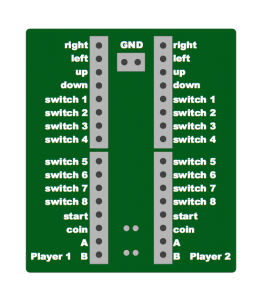 The ControlBlock service can be configured in two different ways when using arcade controls:

As one option it can be configured such that it provides two game pad devices in the system, one for each player. To do so, the configuration in the file /etc/controlblockconfig.cfg must set “gamepadtype” to “arcade”:

As another option the ControlBlock service can be configured such that it provides a virtual keyboard with the de-facto MAME standard. To do so, the configuration in the file /etc/controlblockconfig.cfg must set “gamepadtype” to “mame”:

The button mapping is shown in the following diagram: 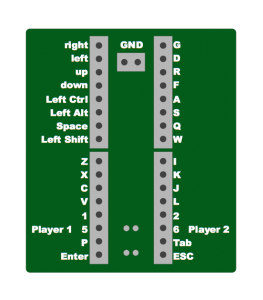 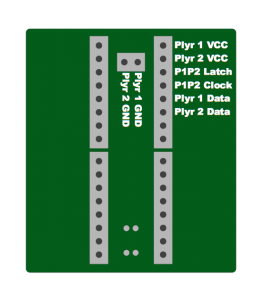 Here is a pin out diagram for NES and SNES connectors: 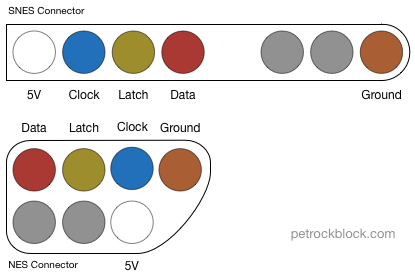 If you want to use a SNES case, here is a diagram that shows the pin out of the original SNES controller front: 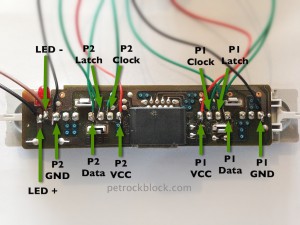 In order to poll NES and SNES controllers the configuration in the file /etc/controlblockconfig.cfg must set “gamepadtype” to “snes”:

You can also connect a latching reset button to Player-2, Input B. If the button is pressed a virtual ESC-key press will be triggered.

To enable or disable the power switch functionality you can set the element powerswitchOn to true or false:

The following video shows the power switch functionality of the ControlBlock:

The the following demonstration video shows arcade controllers for two players that are mounted on a simple wooden console. The bottom of it looks as following: 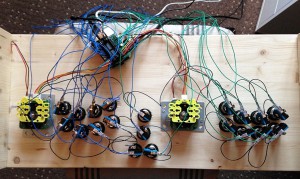 This video shows the controllers in action:

This video shows the ControlBlock with SNES controllers attached to it:

If you are interested in getting the ControlBlock for your project, it can be ordered at the shop.