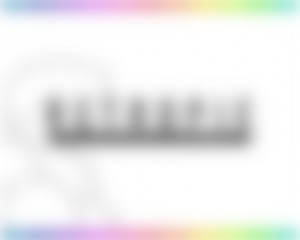 What is achieved with the RetroPie Project so far?

From the very beginning of the RetroPie Project, the idea was to turn the Raspberry Pi into a gaming console that allows you to play console and home computer games from decades ago. Ar the beginning of the project we had to overcome some of the early limitations of the Raspberry Pi hardware drivers and other quirks of the early operating system distributions. Also, emulators had to be evaluated and compared with each other for the usage on the Raspberry Pi.
The RetroPie-Setup Script is the central script for installing and configuring a RetroPie installation. It is hosted at Github where the possibilities to track and discuss issues, create pull requests and collaborate on wiki pages are just another essential piece for the RetroPie Project as an open-source community project.
Besides the RetroPie-Setup Script, the ready-to-install SD-card image of the RetroPie Project has also become an easy way to start with retro gaming on the Raspberry Pi.

The forum has become a community place to help each other and to publish own artwork. But furthermore I am especially glad to see that people are encouraged to get in touch with actual hardware and build their own gaming consoles. For many it is their first time to tinker with electronics and, thus, also follows one central intention of the Raspberry Pi foundation.
All this to revel in nostalgia: to enjoy the revival of gaming experiences that were made during child hood or to please the family or friends with a DIY game console.

Currently, more than 30 emulators are part of a full RetroPie installation. The front-end “EmulationStation”, which is maintained by Aloshi, is the graphical user interface of choice for navigating and starting games and other supporting scripts.

Even though a lot of progress has been made in the field of usability of a RetroPie installation, people still have to put their hands on the system’s configuration files and adapt it to their specific controllers. Also, scraping meta information about games does not work 100% reliably.

What are the next steps?

Looking at the resonance and the ever growing community around the RetroPie Project it is no question that the development on this project continues. So, what are the next steps?

There are a few emulators that are planned to be added to the RetroPie Project. A major huge leap forward will be the release of the next major version of Emulation Station – the development of that project steadily makes progress and I am personally looking forward to it’s release! Besides a nicer look-and-feel with a new theming system, the updated version of Emulation Station promises to have additional features like an internal scraper and more configuration possibilities. Let us keep our fingers crossed that Emulation Station 2 will be released soon.

Another update that is planned to happen is the reorganization of the RetroPie folder structure. Plans are that each component of RetroPie will be packed into an individual APT package. Future updates will then make use of the Debian APT package system and this will hopefully make future updates much easier and less error prone than today. However, this reorganization is quite a major step and there will be a beta phase in which the RetroPie community will be asked to test thoroughly.

Enhancing the user experience by increasing the number of automatically detected joysticks and game pads is also an ongoing task. But we will have to wait for the new version of Emulation Station first to see exactly where we are standing regarding this issue.

Are there any other ideas for the future? Yes. What about a web interface to configure or access a RetroPie installation via web browser? Getting RetroPie on other ARM platforms might also be interesting. And what about using the netplay feature of RetroArch? There is actually a place for collecting all these ideas about feature enhancements, which you can find here.

A new splash screen for RetroPie?

All right – if you made it through all the text until here you must really be really interested in the project, thanks for that! For the end of this post I will present something more relaxing. The recent update of the RetroPie-Setup Script and the RetroPie SD-card image also introduced the new official splash screen of the RetroPie Project and some of you already might have seen it:

The splash screen was designed by members of the RetroPie community, Florian Hurtaut, and generously commited to the RetroPie Project, many thanks for that!

The RetroPie Project has been matured into a well accepted way for enjoying retro gaming on the Raspberry Pi. There is still some work ahead for everyone to make it work the way he or she wants it to be. These things are addressed and future work on the RetroPie Project will concentrate on making the whole installation more user-friendly.

Besides all this, the RetroPie Project has a new well-designed logo and I hope you can enjoy it as much as I can!