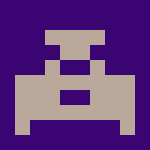 41 years old, works since 13 years in the IT business. He starts his carreer at Reuters SA in 2001 in Geneva as a Network Controller specialist Unix. He founded a company in 2005 which was the first Opensource Cybercafe in France. His carreer continued as IT Systems Administrator at IT Lab of CNRS. He worked at ConcordeLogistics as Networks and Systems Manager. After this rich experience he joined Tyredating in September 2010 as CTO. He left the company for a new challenge in enthusiastic company (Wisp-e) as TOIP Integration and Support project manager which unfortunately economically ended. He is now available for a new adventure Spécialisations : BPM, eCommerce, Opensource, IT, Internet Communities, Voip, Windows, Unix, Linux, project implementation, Voip, Virtualisation, networks, scripting