I answer now on the first version of your first posts before it changed changed:

I am well aware how to get to 1120 lines,
But the fact remains that the emulators shows native resolution 239 lines in most games and an integerscale 5x 239 are 1195 lines.
Only when the game is outputs 224 lines 5×224 are 1120 lines, but mostly not.
That’s why too much is cutted with your settings.
The best example you have shown yourself with Final Fantasy.

I do not know how the picture on a NTSC CRT TV looks because in Germany (mostly) TV’s were only PAL device indeed.
But it’s a little illogical when you say that is it normal that a programmed game in Japan is the graphic of a frame not shown because it does not appear on your CRT. In Japan NTSC TV’s were also used.

I found an example of NTSC on Youtube. Unfortunately, only one on the Genesis / Mega Drive
Go to 1:30
–> http://Https://www.youtube.com/watch?v=2NYS2UHgXvw

But the principle is the same. You recommend the 1600×1120 resolution

Here is a picture with my settings: 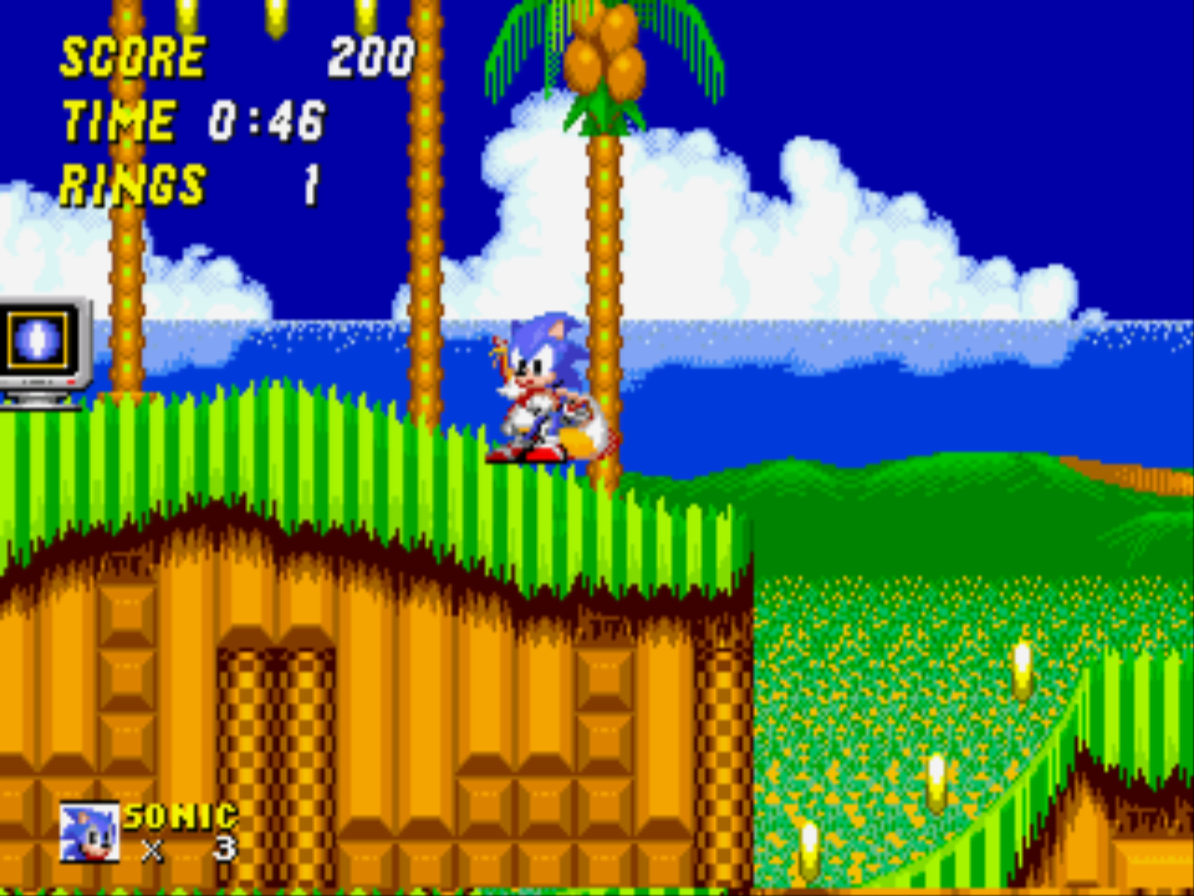 Here is a picture with your settings: 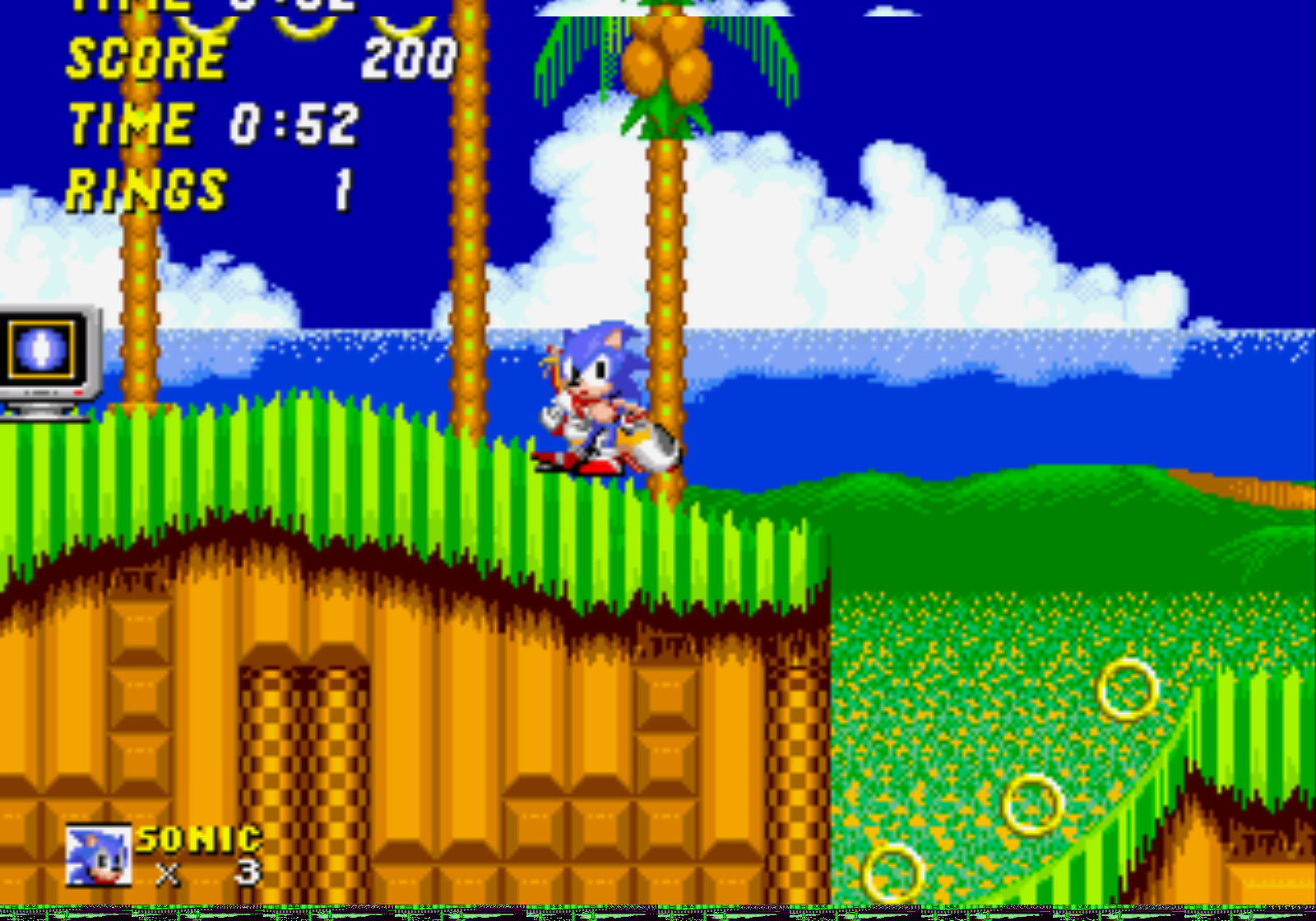 They show the same differences as Floobs examples.
The error above and below the image with your settings you would not seen on the display but some image lines each, which can be seen on the TV in NTSC on a Youtube video.
Since the image looks like with my settings.
And the aspect ratio is almost exactly 1:33 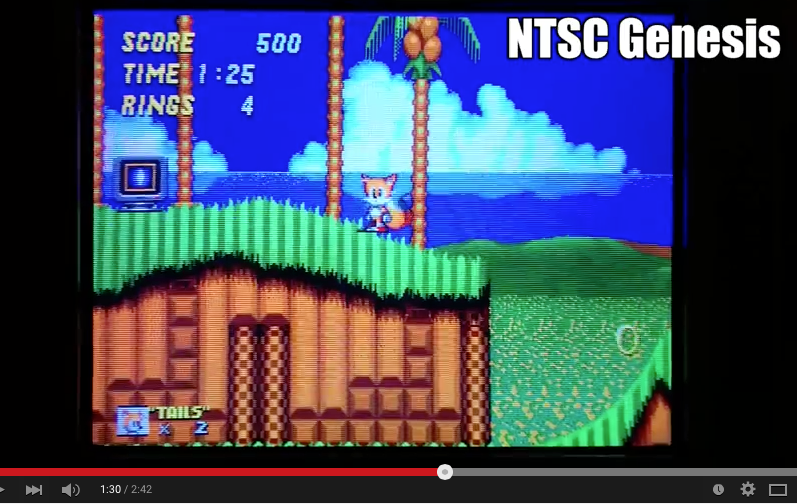 Maybe so much cropped is only with your TV?
But it was certainly not as designed.

However, I also only just noticed that even the SNES different games (NTSC)
sometimes use different resolutions.
e.g.
Super Mario World 256×224
Final Fantasy 5 256×239
Donkey Kong Country 256×239
Most of the games that I have tested 256×239 in use.
Although some few games shows 256×239 but have yet still black borders.
e.g. Final Fantasy III
So that the image section again becomes smaller on something can be seen.

Of course I read your posts, just like you mean. However, do not you want to understand my statements about aspect ratio.
And with your aspect ratio 6: 5 you lie just wrong, also because your resolution 1526×1120 is not an integerscale 6:5 in most games, but about 6:4,7.

Mario was a bad example of me because the game has just Y 224 lines, sorry.

You have written that the image could so look better on the LCD TV than before the CRT.
Therefore, there is nothing worse than warping pixel. Ok for me, your opinion.
But the parts of the image are missing, is obviously also ok for you … because it just looks well on your CRT so.
I, at least, think it looks best when it’s the way it was designed.
And your TV is certainly seen as a reference for image quality.
Why should designers design a frame that no one can see ??

For me your opinion is ok, but I do not think it’s alright your assertions to pose as the only correct.
You act as if all the programmers of the old games could not programmed properly, as with your settings too much CPU performance is consumed in vain, because you can not see some parts of the image.
And the programmers of all emulatiors also do not seem to be able to program as they also show too much with default settings (Aspect Ratio: Core Settings).
Just you and your logical calculation show how it really is right …

And Floob is right, which picture looks best at the end is in the eye of the beholder. Even if you do think different.